Well, this WWW we had another accidental “rendez-vous” with one of my (library-)mum’s colleagues! That colleague is the mum of four Irish Wolfhounds! And one of them, black Kato, had a litter of nine pups 15 weeks ago! That’s quite a gang, I can tell you! 😉

So this afternoon I was in the Irish business of playing and running. 🙂 That’s very tiring, they are much bigger and faster! And… they love the water! They went for a swim, I wettened my belt! 🙂 And then, when we were returning to go home, I saw that ball in the water. Of course I wanted that ball! I tried to get it! Just when I arrived and could pick it up, it floated away again. 😦  So I was a pissed and frustrated airelady and I hopped out of the water as quick as I could. (red thing did not quick enough the clickclickclick at that moment-hahaha-you only see the end of the hopping). Mum said my face was priceless! 😉

Anyway, it still stands: I like wednesday afternoons and rendez-vous!

What’s that all about?

Saying hello and kissing of course! 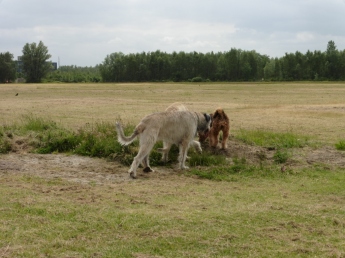 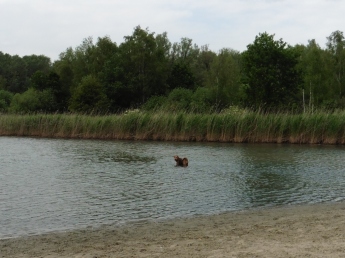 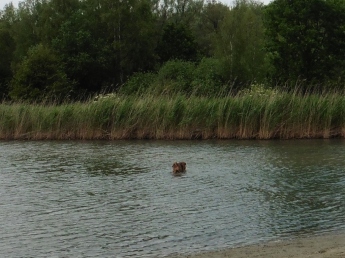 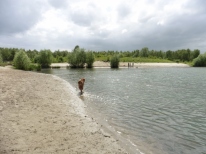