Some moments are a bit strange at the beach… Especially Easter-day was strange at the beach! I could not run off the leash and we could not go to France! Beach was occupied :-(… kind of race…
A gentle sir, putting flags on the beach, imagine!!!, explained that I had to be put on the leash for safety. I suppose so, yes, mum had to be kept safe and that was my duty! Sir was very right! Mum could not go in the race, that was a clear thing. I was glad he saw that too and explained it to mum. She would certainly not believe me! 😉

So we went to another part of the beach: other beach-cars with flags… 😦  Mum, it’s not safe here. And then, there were bizar birds in the air, making strange noises! So I barked.

In the end we went into the dunes, we rest a bit and we made fototoot-selfies! 🙂 Returning home we met doggie-auntie Jara again! 🙂 What a walk! 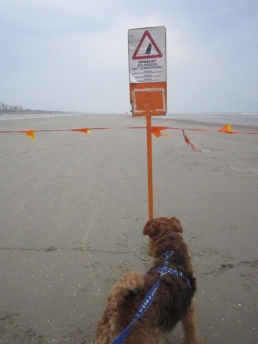 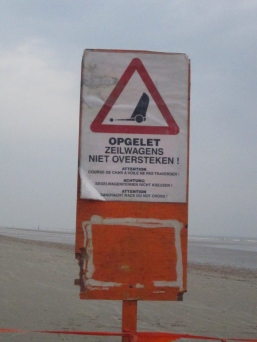 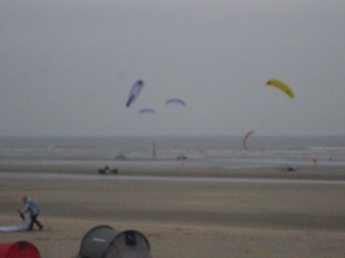 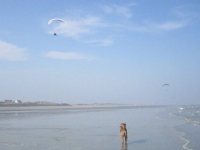 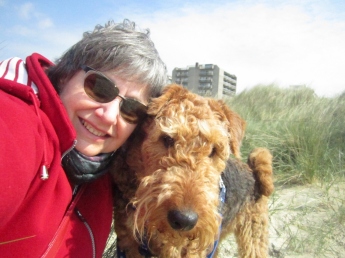 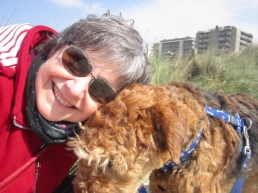 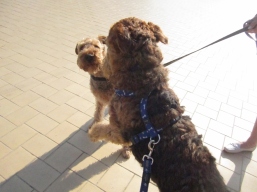 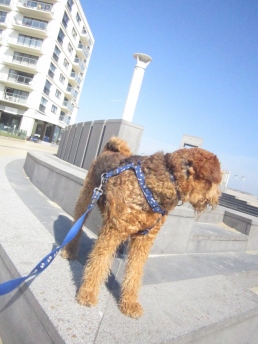 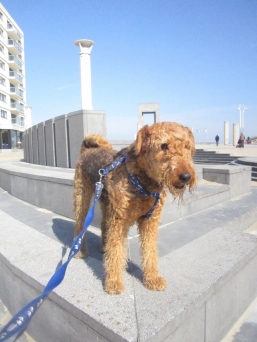 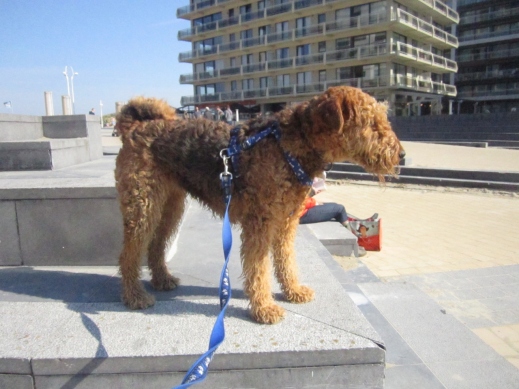